João Gilberto & Astrud first met at her friend Nara Leão's house. They got married in May 1959, and rented a flat on Rua Visconde de Pirajá in Ipanema, Rio de Janeiro.

On 30 January 1960, daily 'Ultima Hora' sent a journalist and a photographer called Rodolpho to their flat. Here are some of the pictures taken that day - that ended up being part of the estate Samuel Weiner bequeathed to his wife Danuza Leão who eventually donated to the state of Sao Paulo's 'Arquivo do Estado'.

Astrud had a kitten she'd call it simply 'Gato'. Unfortunately, not long after those shots were taken - on 28 March 1960 - the poor feline fell out the window to certain death. João who was recording at Odeon studios rushed home to Astrud and they both took the victim to a veterenary but the fall had been fatal. 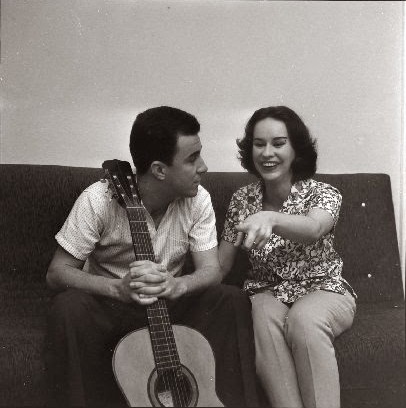 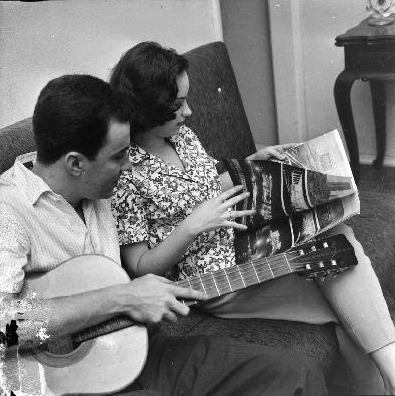 the happy couple leaf through some illustraded magazine... 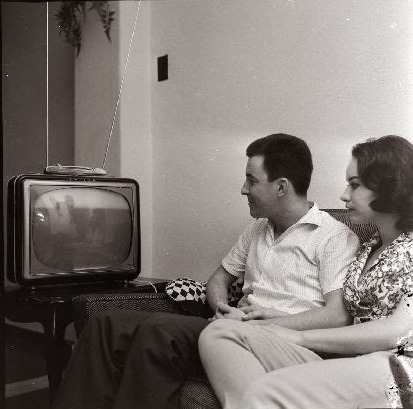 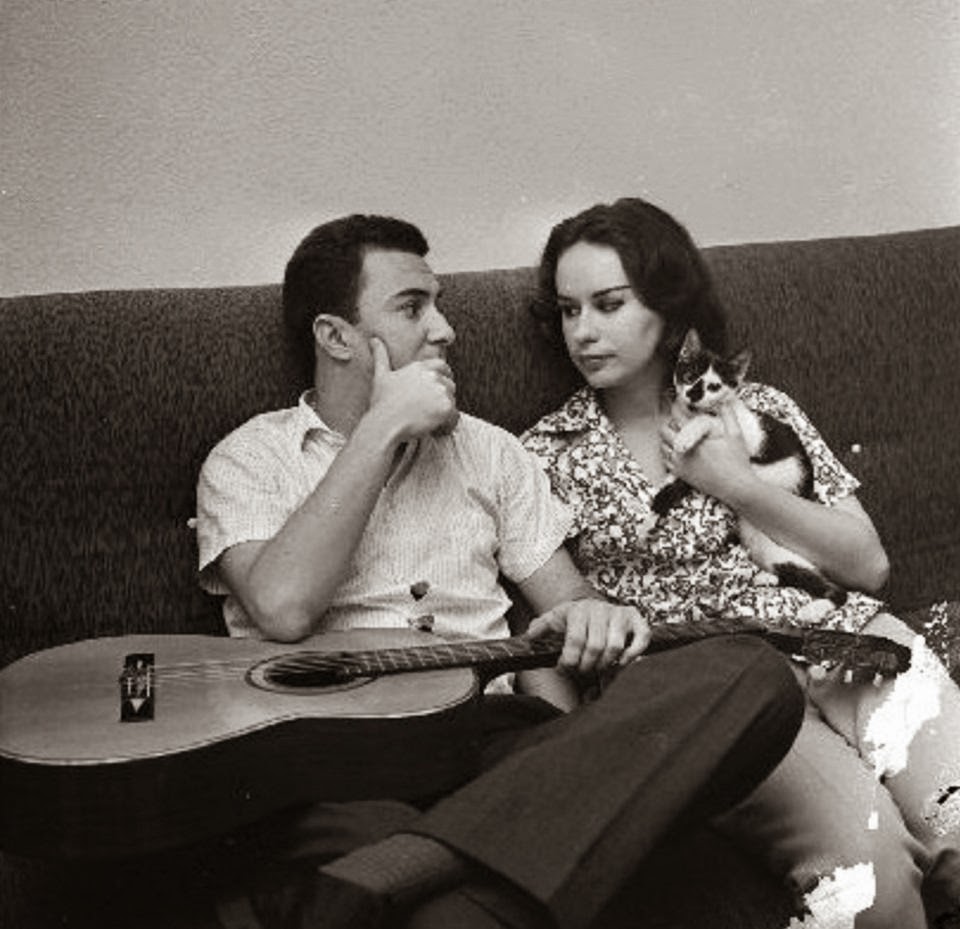 João stops playing to confere with his sweetheart... 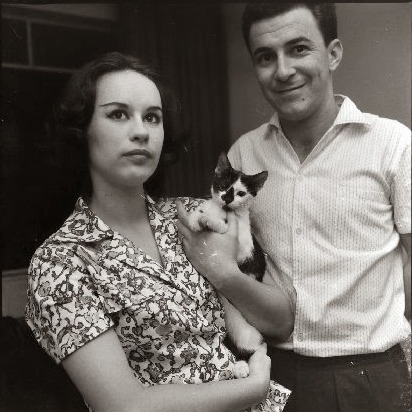 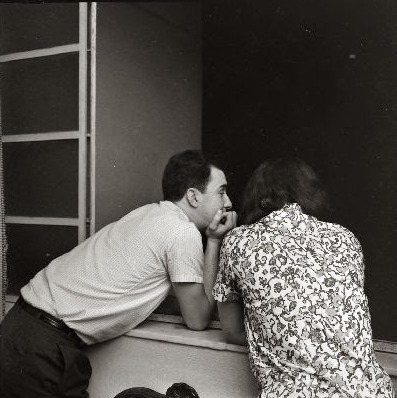 looking out at Ipanema... 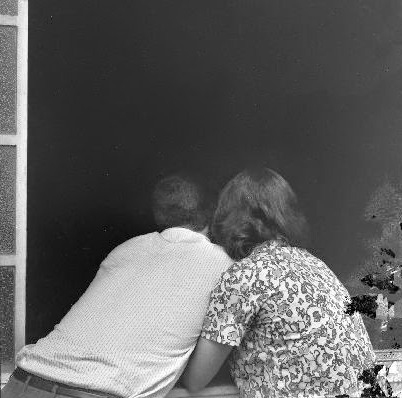 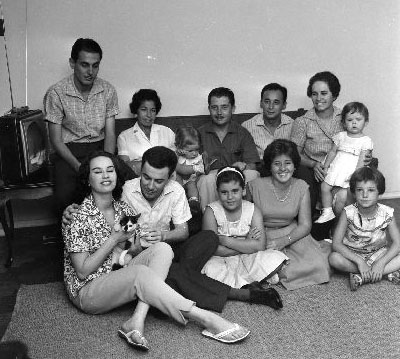 We are family... Astrud's family; clockwise from the back row: father Fritz; Astrud's older sister with a daughter & husband; next comes Astrud's other brother-in-law; her mother holding another granddaughter; another niece (sitting cross-legged on the carpet), her younger sister with daughter, João Gilberto & Astrud herself holding Gato. 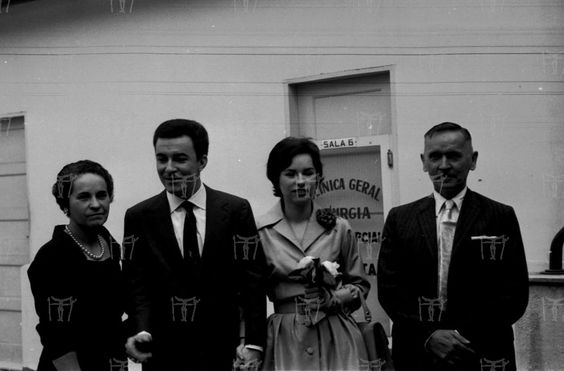 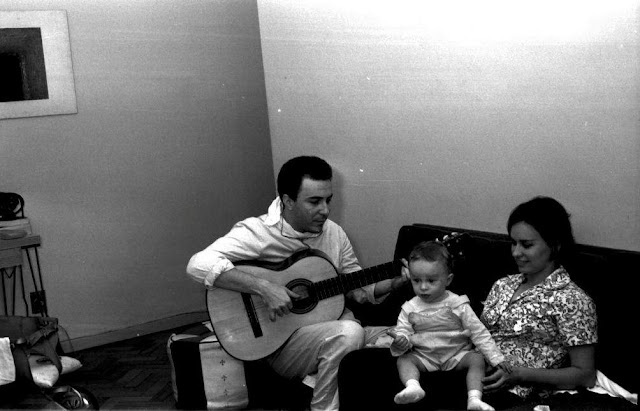 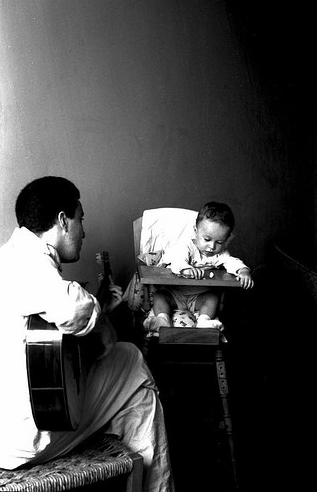 
Astrud accompanied her husband to the U.S.A. in March 1963, and ended up taking part in the recording of 'Garota de Ipanema' / 'Girl from Ipanema'.

Verve Records kept the tapes of what would be the 'Getz/Gilberto' album for almost a year. When Verve finally released the album in early 1964, it decided also to release a single featuring Astrud singing the English lyrics part. The 45 rpm shot up to #5 on 18 July 1964, for 2 weeks at Billboard and went on to receive a Grammy for 'Record of the Year' in 1964.

It took so long for Verve to release their recording that João & Astrud's marriage ended in the meantime. So when 'Girl from Ipanema' was high on the charts João had already met Miúcha in Paris and was about to marry her in New York.

After Astrud hit the US charts, Stan Getz included her in his personal performances. She is featured in Getz's 1964 album 'Getz au go go' recorded live at 'Cafe au go go', a Greenwich Village night club located in the basement of 152 Bleecker Street. 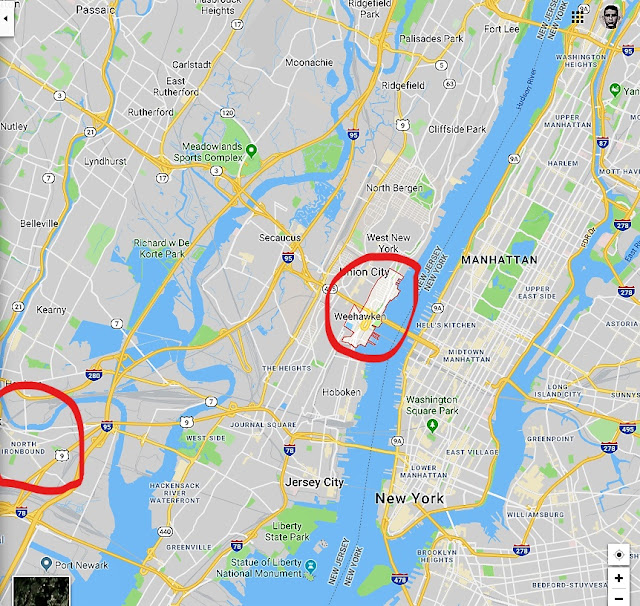 João Gilberto married Heloisa Buarque de Hollanda aka Miúcha in New York City in 1965. Miúcha rented a house for them to live just on the other side of the Hudson River, in Weehawken, New Jersey not too far from the Lincoln Tunnel. Miúcha eventually got pregnant and had a baby girl which was named Isabel. 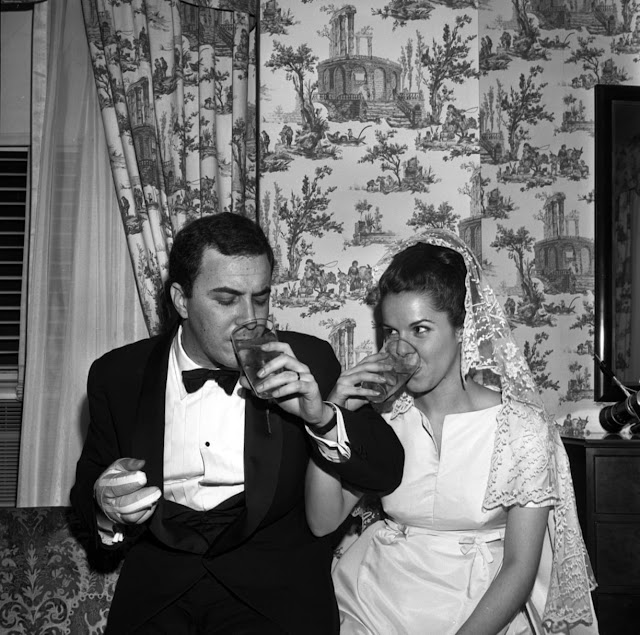 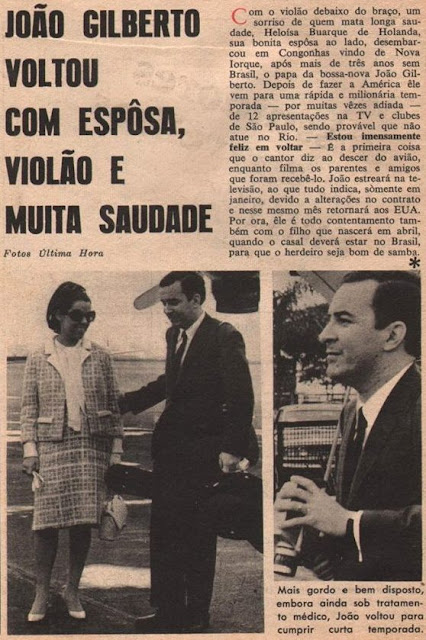 João Gilberto and new wife Heloisa Buarque de Hollanda arrived at Congonhas Airport in São Paulo in December 1965, after an absence of more than 3 years.

He would perform 3 times at Elis Regina’s ‘O Fino da Bossa’, a new-sensation weekly TV show on TV Record during the first few weeks of 1966.

Heloisa aka Miúcha was 5 months pregnant. They soon returned to New Jersey where they lived and Miúcha had a baby girl on 12 May 1966, who was named Isabel Gilberto de Oliveira (future singer Bebel Gilberto). 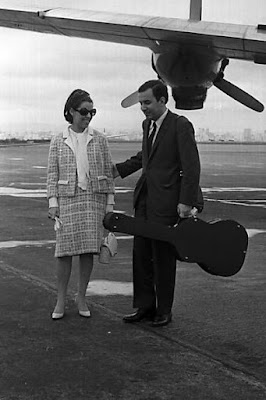 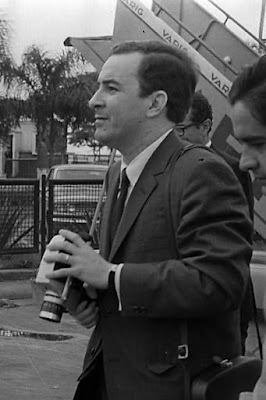 Heloisa Buarque de Hollanda aka Miúcha and her husband at Congonhas in December 1965. 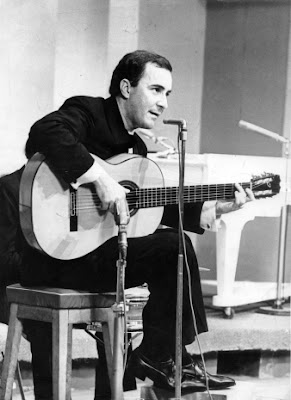 João performs at Teatro Record for 'O Fino da Bossa' on a Monday night in January 1966. 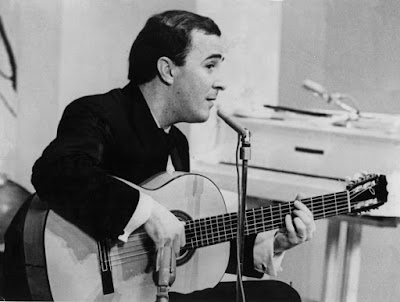 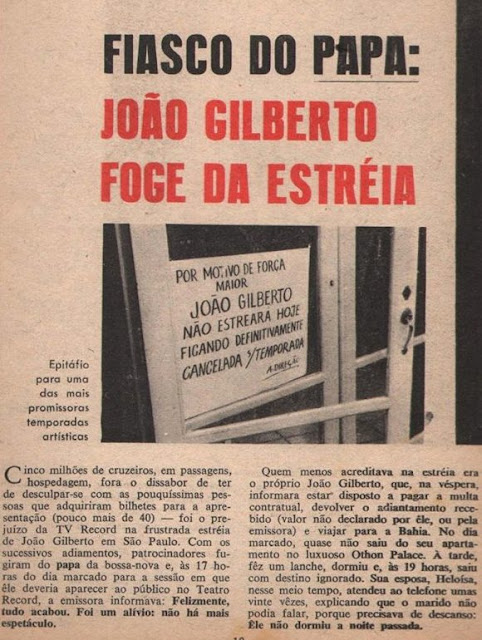 'Intervalo' 19 June 1966 - João Gilberto doesn't show up for his recital on Teatro Record. 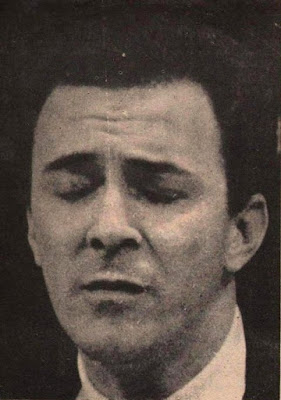 João Gilberto signed with TV Record for a series of recitals at their theatre on Rua da Consolação but did not honour it. On the afternoon of his performance João sent word he would not be able to perform and did not mind paying the fine for contractual break. 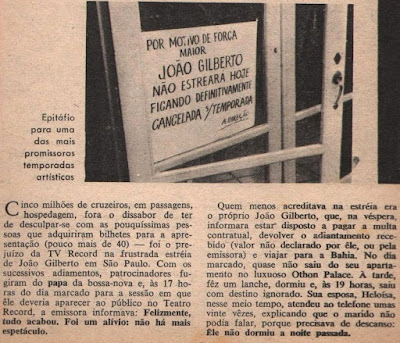 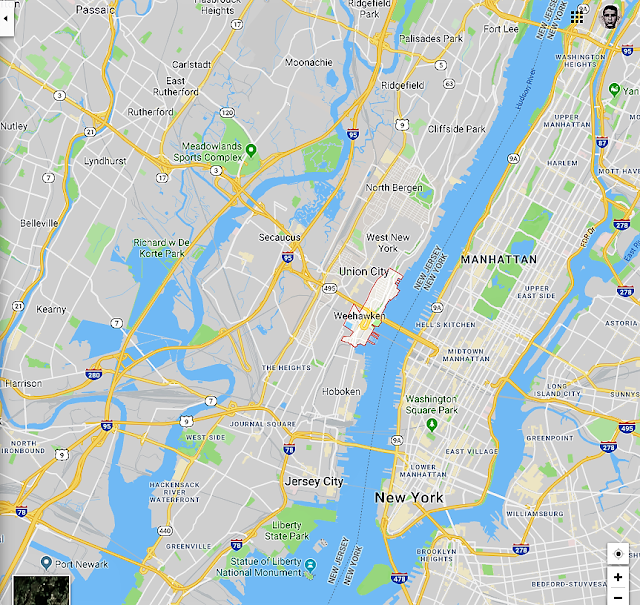